On Wednesday, February 7th at 6:00pm in Textor 101 there will be a screening of LGBTQ film series, Free CeCe. 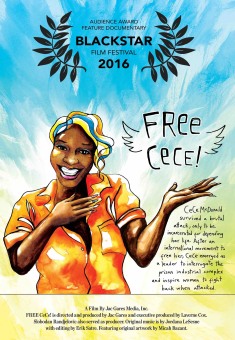 Free CeCe is a film series telling the story of CeCe McDonald. In 2012, CeCe, a trans woman, was attacked one night out walking with her friends. During this attack a man was killed and CeCe was then incarcerated in a men’s prison in Minnesota. CeCe’s case received a great deal of media attention, and CeCe is now on Rolling Stones 2014 list of “40 under 40” advocates.

Documentarian Jac Gares pushed past the everyday narratives of victimhood surrounding the lives of transgender people, to spotlight the way CeCe and other trans people are leading a growing movement fighting for the rights of transgender people everywhere. Free CeCe was the headline film at the 2016 San Fransisco Transgender Film Festival.

Screening in observance of Black History Month, and part of the Out of the Closet and Onto the Screen LGBTQ Film Series. Contact Lmaurer@ithaca.edu with any questions regarding the event.